Objectives of the implementation of the payment system

Prior to the implementation of STAR-UEMOA, payment instructions between two WAEMU countries went through current accounts at the BCEAO, via the provision of funds from one National Directorate to another. Processing of the provisions made settlement possible at D+1 in the case of the immediate validation of the transfer order, or D+2 or D+5 in the event of a failing in the transmission of the order.
With the entry into production of STAR-UEMOA, a net reduction in the time required to process transactions was observed. Thus, in 2009, the average waiting period for the completion of payments was 41 seconds.

STAR-UEMOA is a central system to which direct participants are connected via the SWIFT network or the private network of the BCEAO.

The eligible participants in the system are: the BCEAO, banks and financial institutions, the Central Depository/Payment Bank of the Regional Stock Exchange (BRVM), the WAEMU interbank electronic banking group (GIM-UEMOA) and the West African Development Bank (WADB/BOAD).

Participation in STAR-UEMOA requires strict adherence to the operating rules of the system.

There are two modes of participation in the system:

After 6 years in operation, STAR-UEMOA users have achieved ownership of the system, which is reflected in the active participation of the banks of the Union, and the increase in the number and value of transactions taking place in the system, as well as the quantitative and qualitative improvement the system’s performance indicators.

Types of transactions carried out with STAR-UEMOA

The STAR-UEMOA system chiefly deals with the transactions below:

STAR-UEMOA is based on the transmission of payment orders in SWIFT format and on the following principles :

The fact that all transactions are final means that the originator of the instruction is firmly committed to pay the agreed amount to the beneficiary of the transaction as soon as the order is sent, received and approved by STAR-UEMOA.

Risk prevention in STAR-UEMOA entails the checking of the balance of the settlement account prior to the execution of the payment order, which prevents credit risk and contributes to a reduction of systemic risk.

Liquidity risk is prevented, on the one hand, by a combined mechanism of a settlement queue and priority levels and, potentially, securities-backed intra-day advances. The intra-day advances mechanism is currently under design and will help make transactions smoother.

Day of exchanges and settlement procedures

The exchange period begins at 8:00 AM and ends at 5:20 PM (GMT). Each direct or indirect participant has a single settlement account opened in the books of the BCEAO. All of its transactions that are processed by the system transit through that account. 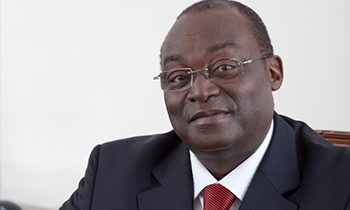