Characteristics of the CFA F 2,000 banknote 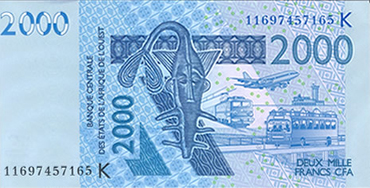 Designs on the front

Like the CFA F 10,000 banknote, the main design on the front of the CFA F 2,000 banknote is the BCEAO logo, namely a stylized sawfish, which is a symbol of fertility and prosperity in African mythology.

To underscore the importance of communication channels in the sub-regional integration process, the front of the banknote is illustrated with a public transport coach crossing a bridge over a river, a modern train and an aircraft in takeoff. In the background, there is an airport. 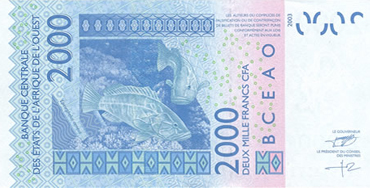 Designs on the back

The back of the banknote shows the sea with two fish. The species represented is the grouper.

The dominant colour of the banknote is blue.

Security features incorporated in these banknotes can be authenticated by looking at them, tilting them or touching them : 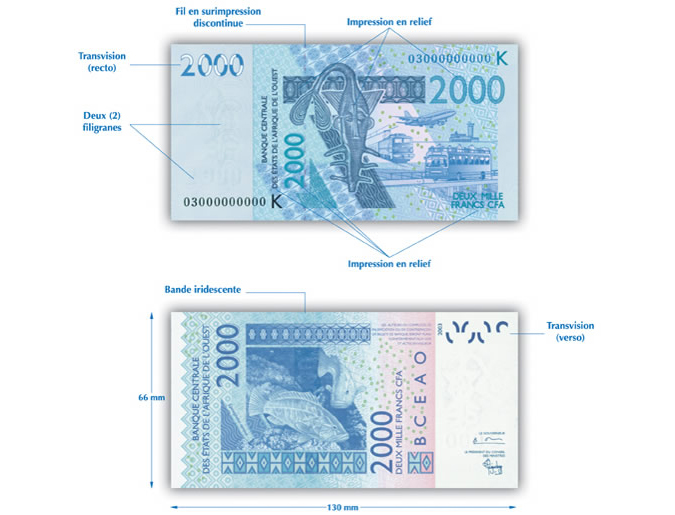